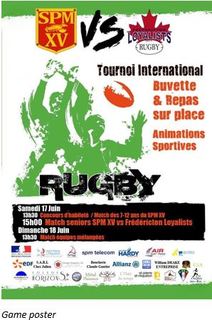 As Blake's posts below shows our touring side to St.Pierre et Miquelon was much appreciated from the hosts. Tim Comeau was nice enough to provide a first hand account of the trip from the tourists perspective. Take it away Tim:

I am always hesitant to use the terms once in a lifetime opportunity when describing something, but for this tour I must. Back in January or February of this year we were approached to put together an 18 person touring side to go and play St-Pierre et Miquelon XV side. They specifically requested a squad that included three women and 3 players over the age 40. When they approached us it sounded too good to be true. All we need to do was arrange our own drives to and from Halifax and pay for own food and refreshments and they would take care of the rest.

SPM XV certainly did take care of the rest. From the time we arrived on the island and until we left they were around to shuttle us around or provide some insight into local culture. After we cleared customs (one of us got some extra attention and love upon arrival) our hosts met us at the airport and then drove us to our accommodations. All 19 of use we housed in a rec hall that was beside the local TV station. I think we were housed there so if an international incident happened the news team didn’t have far to travel. (For the record there wasn’t an incident.) I don’t think any words can give justice to atmosphere, sound and smell that 19 ruggers create over a long weekend. 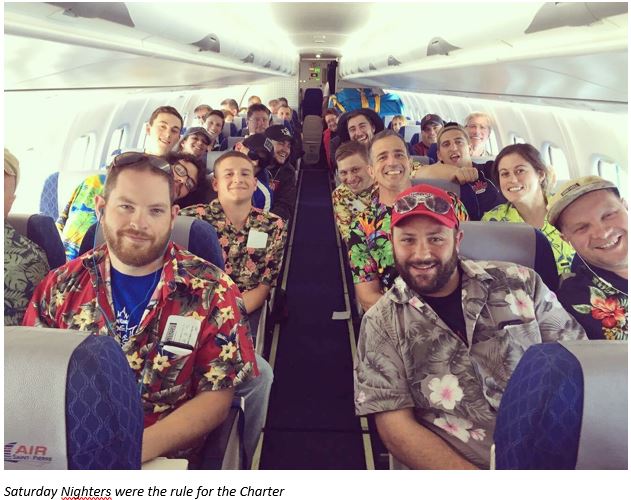 After a quick tour of the island we were off to a combined practice. We started with our normal light game of touch as a warm up. The SPM squad quickly joined and I don’t think anyone really wanted to stop and work on drills. We divided the practice between back and forwards. We thought them a few things and they showed us lots. They normally have uncontested scrums so as forwards we mostly worked on body position of our opposites. I can say I showed my opposite a few of my tricks but I saved a few for the game.

After practice we headed back to our quarters and our hosts quickly showed up with a traditional French meal and lots of wine and beer. For a team that wanted a quiet Friday night they certainly brought lots of liquids. We did a tour of two of their local establishments while three of us got invited by some locals for some sociables. 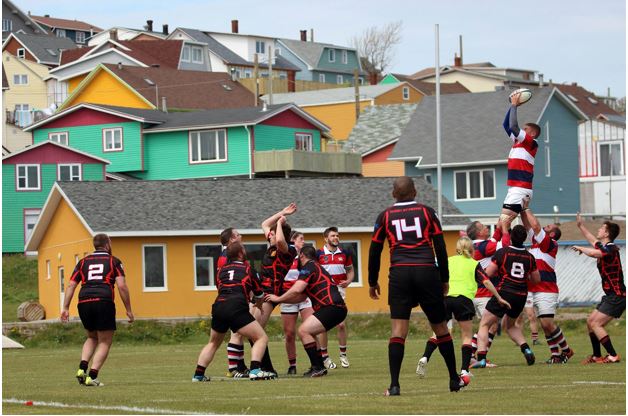 Saturday morning began with a few early risers heading down to help set up for the day. The remainder of us got some extra sleep and then took in the local sites. We headed down to the fields to eat and take in a kid’s competition. The main event commenced with National anthems and a round of applause from the crowd. We won the coin toss and elected to receive the ball. The pressure we felt was immediate and immense. After about five minutes the home side scored a try and we knew we had a game on our hands. We changed tactics and started to put the local side back on their heels. There is something about playing rugby with very limited kicking (only inside your own 22 and on penalties for touch). At the end of the first half we scored a try to tie things up. The second half was pretty much back and forth until we scored our second try. The home side tied the score in the final seconds of the game. All and all a hardnosed old school type of rugby game. SPM XV are hard hitting and play very well as a team.

Saturday night were hosted at a local restaurant for another meal with our hosts. This was followed by another night of camaraderie.Sunday was a lighter day with a BBQ at lunch and game of touch with co-mingled teams. Sunday night we invited the local club to witness our kangaroo court. They got to witness a legendary court.

A great tour was had by all!

I will only add that all tourists made it back safely the Canada and that we look forward to the opportunity to return the hospitality to our new friends from SPM XV.

You need to be a member of Fredericton Loyalists Virtual Clubhouse to add comments! 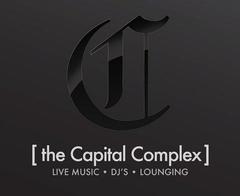 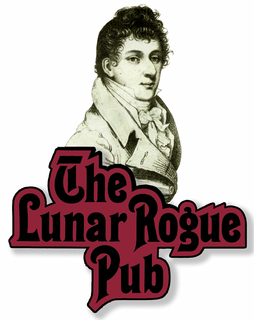 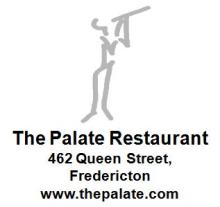